What is delayed cord clamping (DCC) and when did it start?

Delayed cord clamping means that doctors don’t immediately clamp and cut the umbilical cord after your baby is born. Instead, they allow extra time for the blood in the cord and placenta to flow into your baby.

The term early cord clamping (ECC) was used sometime before 1950. This is the practice of clamping and cutting the umbilical cord within the first 60 seconds of birth. Around the 1960s, there were concerns regarding maternal and infant outcomes resulting in early cord clamping and became standard care. Around 2012 there were more studies being done on DCC and by 2017, DCC became common practice. Why? Researchers were seeing all the benefits of delaying the clamping and cutting of the umbilical cord.

DCC is waiting any amount of time from about 2 -10 minutes before clamping and cutting the cord after your baby is born. Most hospitals now practice delayed cord clamping. Although the amount of wait time can vary and can range depending on the situation and patient preferences. As long as your baby is stable, there is no harm in waiting a minute or two to cut their cord.

The benefits of delayed cord clamping.

Keeping the connection from your baby to the placenta for just one additional minute after birth can increases their blood volume by a significant amount. DCC has shown benefits to both full-term and preterm babies alike, contributing to a higher percentage of red blood cells and better hemoglobin levels, as well as better iron supply.

What are the risks of DCC

There is a risk for DCC because the extra blood supply that your baby receives means a slightly higher risk of a high bilirubin count. Meaning your baby can be at higher risk of developing jaundice. (Infant jaundice usually occurs because a baby’s liver isn’t mature enough to get rid of bilirubin in the bloodstream)

DCC according to the American College of Nurse-Midwives

Studies began showing that babies born prematurely benefit from longer access to cord blood, with a lower risk of transfusions, anemia and bleeding in the brain. In response, ACOG recommended a pause for them.

The World Health Organization says to wait one minute; some other groups say it’s OK to wait two minutes, or even five. ACOG settled on “at least” 30 seconds to one minute.

However long the pause, it shouldn’t interfere with mom holding her baby. NIH’s Raju recommends telling parents, “While the baby’s nice and warm on your skin, we’ll take our time and then clamp.”

My opinion on DCC

First I would like to say that I had my children before DCC became a common practice in hospitals in Nebraska. If there was any kind of delay, it was never talked about. My babies were all healthy and all three never had any health issues at birth.

From what I have read from doctors, midwives, nurses, and even doulas; I believe the benefits of delayed cord clamping out way the risk. You should absolutely talk to your care provider if you want more information or their opinion about DCC. If DCC is something you want to make sure happens after your baby is born, add it to your birth plan and talk to your provider. 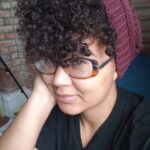